Modern ADA Compliant Signs and Wayfinding Signs were part of the second sign phase for 1716 Lofts in Walnut Creek. Perhaps you will also remember our earlier blog about the entrance signs?

1716 Lofts in Walnut Creek is an exceptionally nice apartment building. As such, the architects and the developers,  DCI Construction, wanted nothing but the best materials for the required ADA and wayfinding signage.  Therefore Sequoia Signs met with the project managers, architects, and contractors at DCI to review their proposed materials and to guarantee that we could deliver the ‘look’ that they desired. While at the same time being ADA Compliant. 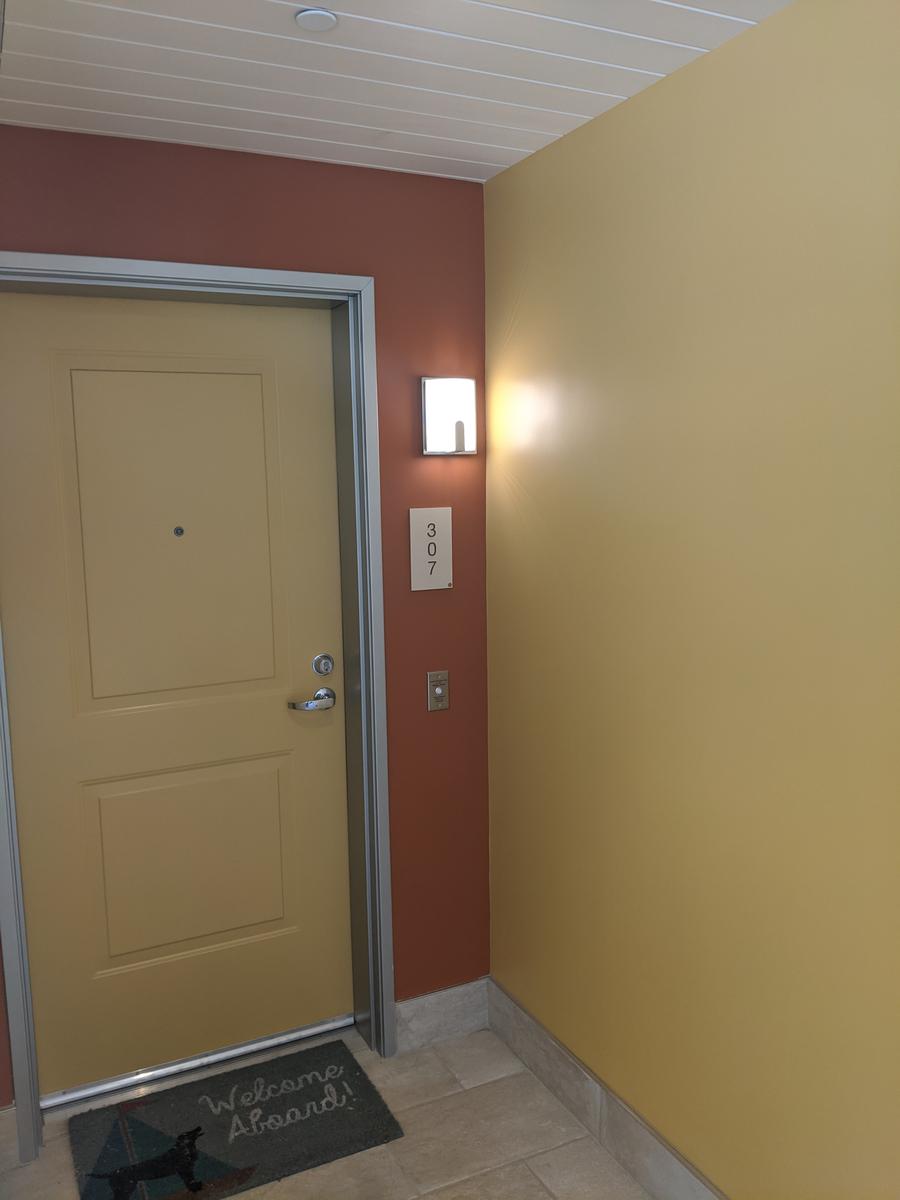 ADA stands for the Americans for Disabilities Act. The act was first enacted in 1990 and governs the required signage that makes a building compliant. There are several methods for making ADA compliant signs and one of the higher end processes is called Thermal Compression. These ADA compliant signs are very tamper resistant while also being aesthetically beautiful!  In addition, while the large majority of ADA signage is 1/8” thick (or even thinner), the ADA signs at 1716 Lofts are mostly ¼” thick. Subsequently this thickness adds to the class and character of the ADA and wayfinding project. 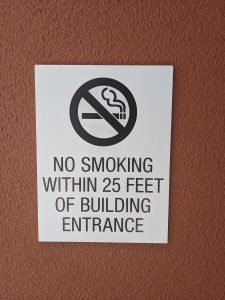 To keep the desired ‘modern look’ consistent throughout the building, we incorporated similar material and design elements into the apartment unit ID signs, exit signs and evaluation maps. These types of signs are often overlooked by the casual observer. Nonetheless they are necessary for wayfinding and evacuation in the event of an emergency. These are required by the ADA code, but that doesn’t mean they can’t have style!

DCI did not want to just go for the bare minimum of ADA regulations to pass inspection. As a result we worked together to create beautiful wayfinding evacuation maps. The maps are direct print – again on ¼” material.  While most people will move past these without a second glance, the more detailed observer will note that 1716 Lofts has some of the nicest wayfinding evacuation maps in the area (if we do say so ourselves!).

Apart from the signs needing to be ADA Compliant to pass the inspection, there is one more crucial element to be taken into consideration. In order for 1716 Lofts to pass their final inspections, the signs need to be installed following the ADA Guidelines. To summarize, the most important factors for installation are the height and the location.

If you would like to learn more about ADA Compliant Signs to pass your inspection, have a look at our other blog here!