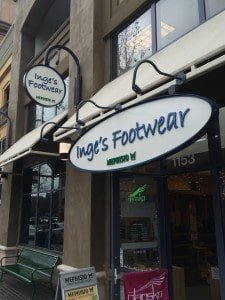 Quite obviously, exterior signage for a retail location is extremely important.  It is even more important when the store is already in business, re-branding, and does not want to have a day without signage.  We recently completed a project for Inge’s Footwear in Walnut Creek which gave us the opportunity to show off our ability to provide quality signage, on time and expertly sized.

Inge’s Footwear has been in the East Bay for a long time.  The owner, Safet Halilovic, has had many locations.  Recently he made the decision to rebrand a store that had been known as Mephisto with his well know Inge’s Footwear brand.  If you ever need high quality shoes, especially if you have medical issues with your feet- Igne’s Footwear is a great place to start.  They are well known for their quality and the team is great at helping you find the selection that fits and looks best on you. 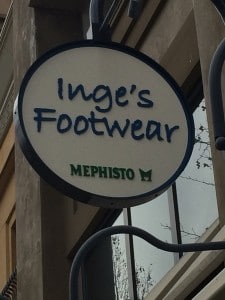 To his first criteria- one would think this was easy but his existing sign had been installed into the sign frame at the factory and the sign was installed as a unit many years ago.  For us, we did not have the luxury of taking the sign frame down, so we needed to design and build a sign that would fit exactly into the cabinet.  We had copies of the original plans, but quickly found that the original manufacturers did not stick to the measurements (the round signs, for example, are listed at 36”d, but we found that we had to cut ours to a diameter of 35 ¼”)  We got around this problem by taking measurements and cutting a stencil to full size.  We then applied that stencil to foam-core and brought our pattern on-site to make sure it fit.  Good thing we did, because our first pattern was just a tad too snug so we went back to the drawing board and returned with a winner.  After that, we were able to proceed to production- though we were not fully at ease until that sign face nestled perfectly in place. 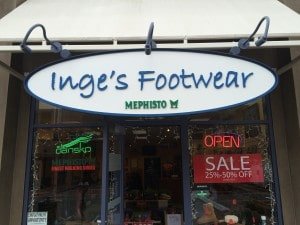 To Safet’s second request, by the time we started the project, we had only a little over two weeks to comply.  Usually production on a project like this would be three to five weeks.  Luckily, we had lined things up in advance and we were able to produce these signs on time and to exact specifications.

Working with Safet was a pleasure and the man knows what he wants, so it was truly rewarding to have this project complete on time and as ordered.

To see some of our work, visit the website: https://sequoiasigns.com/gallery/

At Sequoia Signs & Graphics, we want you to Stand Tall and Get Noticed!