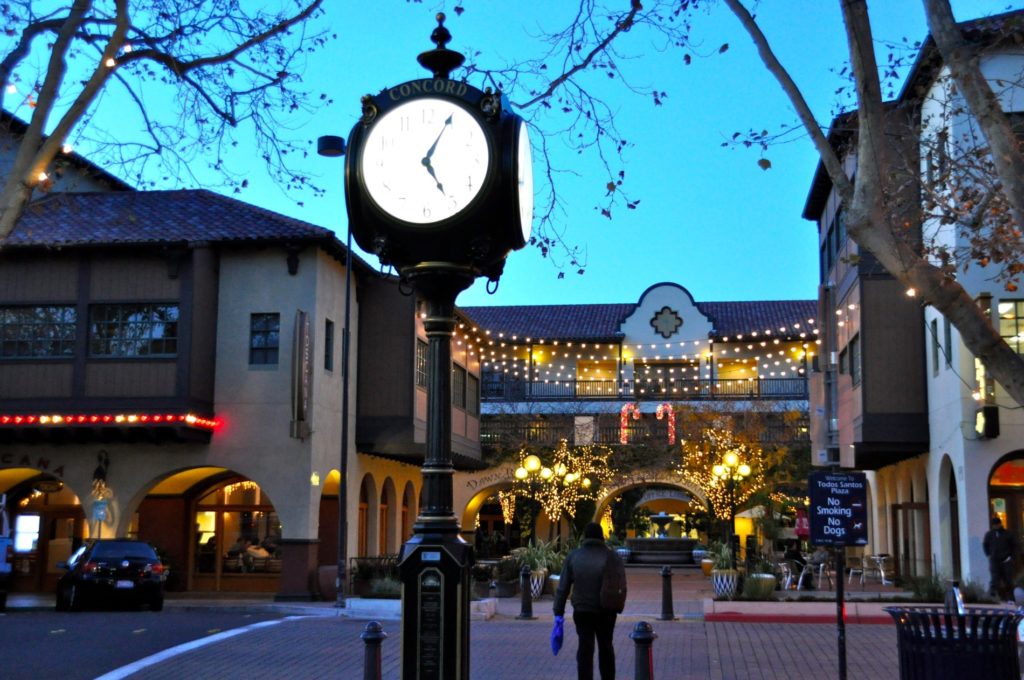 While not exactly the biggest of the cities located in the Bay Area, Concord, California has plenty of stories and facts that aren’t always well-known. Here are 5 things you might not know about Concord:

You may be familiar with the Todos Santos Plaza, but do you know the significance of “Todos Santos”? Concord was once known, if only briefly, as Todos Santos. In 1868 cattle ranchers Don Salvio Pacheco and his son Fernando Pacheco created a new town after the earthquake of 1868, flooding, and fires befell their town carrying their name, Pacheco. It’s name? Todos Santos. In 1869, they offered the town for free to the people of their fallen city, Pacheco. The townspeople, however, had different ideas for the community name. In April of 1869, the Contra Costa Gazette announced the new town under the name Concord – which means “harmony”.

Northern California as a whole is a hotbed for science, technology and the arts, and our city is no exception. Concord is home to some big names from the arts world – most notably, Tom, Dave and Frank.

Tom Hanks, the academy award winning actor and director who you may know from “Big”, “Castaway”, “The Green Mile”, “Forest Gump”, “Apollo 13”, or a handful of other major motion pictures, was born in Concord in 1956.

Jazz legend Dave Brubeck, one of the best known “cool jazz” musicians was born in Concord in 1920. He co-founded the Dave Brubeck Quartet in 1951. Dave was known for his experimentation with time signature; recording songs in 7/4, 13/4, and 9/8 time. Some of his more popular work includes “In Your Own Sweet Way”, “The Duke” and possibly most notably, “Take Five” which alongside Paul Desmond (saxophonist, composer, and Brubeck’s longtime partner in jazz) went on to b the first jazz instrumental to sell more than a million copies.

Frank O. Gehry may not have been born in Concord, but he has left a lasting impression on our area. With the 1975 design of the Concord Pavillion. He went on to design the Guggenhiem Museum in Bilibao, Spain; the Walt Disney Concert Hall in Los Angeles, the Olympic Fish for the Barcelona Olympics, and even the Facebook West Campus in Menlo Park, CA; hailed as a garden roofed fantasyland by Wired Magazine.

Concord is home to the Blue Devils Drum and Bugle Corps, a world class musical marching ensemble that consists of brass and percussion instruments and a color guard. Holding a record 18 Drum Corps International World Championship titles, the Drum and Bugle Corps, whose name gives a nod to their origins – blue for the VFW and devils referring to the Mount Diablo area, holds a record high score with DCI – 99.650. They have finished in the top 5 for the past 40 years.

Concord became a sister city with Kitikami, Japan in 1974. The Concord Civic Center features a small Japanese garden and sculpture commemorating the relationship. The sculpture, The Communion Bridge, is a two-part piece, with one half in Concord, the other in Kitikami. The cities continue to develop this relationship with exchange students, visits, and tours.

History of Agriculture All Around

While Concord today is more suburban, the area all around was historically agricultural. Grapes, walnuts, almonds, wheat, and hay filled the fields around Concord. During Prohibition, walnut orchards took favor as vineyards were removed. Today, the concord Naval Weapons Station takes the place of what once was miles of wheat, and Napa Valley wine country is a quick drive away, making it an easy day trip for Concord residents and visitors.

Sequoia Signs is proud to be a part of the Concord community. We pride ourselves in bringing cost-effective and attractive signs, vinyl vehicle graphics, advertising and marketing products to the East Bay area. Request a free quote today to bring your business to life with custom signs and graphics!